When you have been around the IT/Security space as long as I have you run into to a lot of whacky people. After a while you begin sorting and classifying them into nice convenient stereotypes. Over the next few weeks I will post my own stereotypes that I have discovered. Hope you get a laugh and figure out where you fit in. The Professional Conclusion is what to do if you are another security professional, the Vendor Conclusion is how you should deal with them if you are trying to sell them something.

Private Pyle started out in some backwater town in eastern Oklahoma before he joined the military to get the heck out of there. 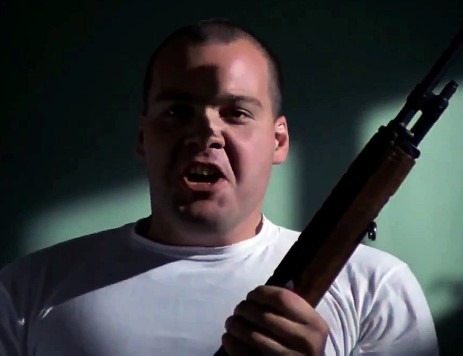 Once in the military someone figured out that this dude could add and plug in cables and they put him in the IT group. There he plugged in routers in places like Dubai and Kuwait. If it was in 2016, I’d bet he’d also have plugged in his a 3D printer like Dremel (check Dremel 3d40 review).

One time he saw a Pix firewall and that landed on his resume. He then gets sucked into AFCERT at some point and proceeds to write approximately 9000 proceed and policy manuals. Kicks out of .mil land and finds out that TS clearance he has is worth $$$$$ with all the private .gov contractors out there. Usually then will embed themselves into the belly of a contracting firm and never leave. Every once in a while the smart ones escape and end up in the private sector. Once they do they are generally mellow and easy going. They love building stuff. Got a firewall with extra blinky lights? Sold! IDS with a neural network learning computer? He will take 12! Got services? Unless you are part of the military industrial complex, you have the chips stacked against you.

Professional Conclusion: Typically laid back and mellow. Most are pretty sedate. Think Al Gore but they might actually know what TCP/IP is.